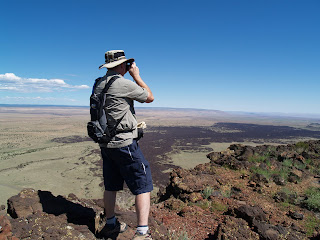 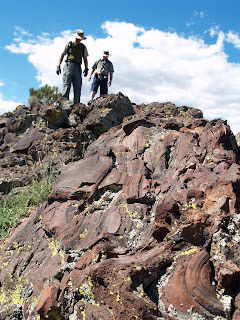 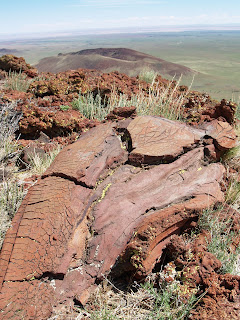 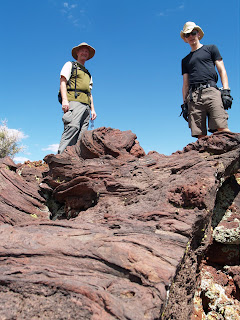 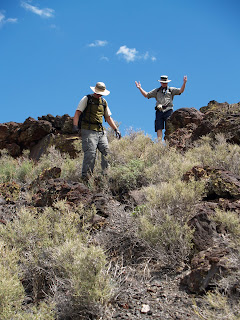 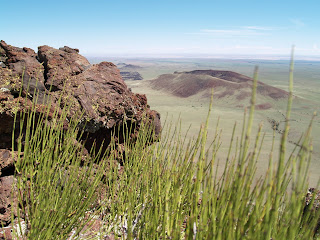 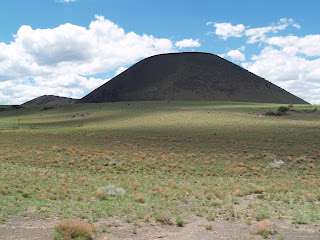 San Francisco Volcanic Field
Of the more than 600 dormant cinder cones that dot the San Francisco Volcanic Field north of Flagstaff, SP Crater stands out among its peers. Just a pup in terms of geological time, SP Crater began erupting roughly 71,000 years ago. Today, its text-book cone-shaped slopes rise nearly 800 feet above the dusty flatlands of the Colorado Plateau. A very steep but short scramble on loose cinders up to the rim reveals a 400-foot-deep internal crater and a wonderland of volcanic features such as lava bombs, squeeze-ups, tiny splatter cones and a 5-mile-long lava flow that issues from the northern base of the mountain. From the rim, breathtaking views stretch all the way to southern Utah, the Grand Canyon and the painted desert. And oh, yeah---"SP" is the euphemism for the cowboy name for this hill: Shit Pot Crater. Use your imagination. HIKE LENGTH: 2.4 miles round-trip, including the hike up the saddle and around the rim RATING: moderate-difficult ELEVATION: 6,400- 7,000 feet GETTING THERE: From Flagstaff, go north on Highway 89 for about 32 miles to milepost 445.9 (just before Hank's Trading Post). Turn left onto an unmarked dirt road. Set your car odometer to zero. At the half-mile point, veer left at the fork and continue for 6 more miles heading toward the obvious, symmetrical cinder cone. At the 6-mile point, hang a right and take the road that leads to the saddle on the SW side of the crater. Those without 4-wheel-drive should park at the base of the saddle and hike up the road. Although there is no official route to the top, paths of use are obvious. NOTE: The access road to the crater is rough and many spur roads can be confusing--rules of thumb: go slow, steer toward the mountain and beware of irate cattle. COOL GEOLOGY LINK ABOUT THIS VOLCANO:
http://geology.com/volcano/sp-crater.shtml