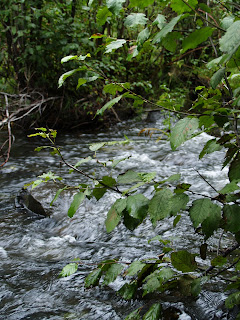 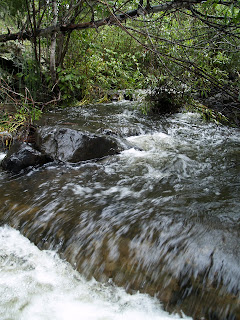 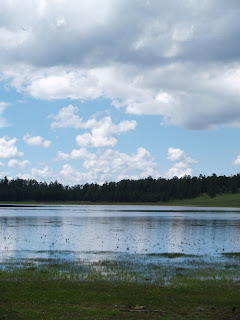 Originating in the majestic Rocky Mountains, the Little Colorado River roars south through the plateaus and canyons of northern Arizona. Near the end of its twisting course, the river spawns scores of tributary streams that spill into the serene valleys of the White Mountains. The South Fork Trail follows the river’s southern-most tributary to where it trickles out into marshy open plains and into White Mountain reservoir. The trek begins in the canyon-bound South Fork campground and immediately enters woodlands of mixed conifer and broadleaf trees embellished with lush undergrowths of shrubs and wildflowers. Because the waterway is the beneficiary of a seemingly boundless supply of replenishing rain and spring waters, it runs fast and wild. The sound of rushing water is an appropriate soundtrack for the airborne sprays of water that bounce off the boulders and beaver dams in the river channel. This natural “misting system” keeps the lower portion of the trail dripping in a cool, moist fog. At about the halfway point of the hike, the trail emerges from the forest and leaves the stream behind. From that point, the route embarks on a moderately-steep climb up to a high-altitude bench. Situated at 9,000 feet in elevation, views from the bench are spectacular. The rounded domes of Mount Baldy (11,590 feet) and Escudilla Mountain (10,912 feet) stand out above a sprawling landscape of peaks and valleys. Beneath the bench, boggy Mexican Hay Lake fills the bowl of an alpine meadow attracting hordes of elk, wild turkeys and chattering waterfowl. UPDATE: This trail has been impacted by the WALLOW FIRE, June 2011. LENGTH 11 miles round-trip RATING: moderate ELEVATION: 7510' -8890' GETTING THERE: From the traffic light in downtown Eager, go south on Highway 260 for 5 miles to Country Road 4124. Turn left on CR-4124 and continue for 2.4 miles to the South Fork campground. Just inside the campground, turn right, cross a small bridge and drive another quarter-mile to the signed trailhead.