VOLUNTEER WITH THE MCDOWELL SONORAN CONSERVANCY 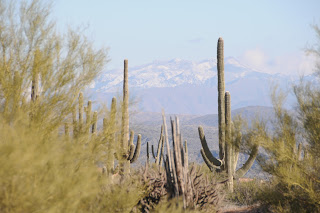 Because of the efforts of the McDowell Sonoran Conservany, 2013 is going to be an epic year for Valley hikers.  Recently acquired land in the Brown's Ranch area of north Scottsdale has bumped the pristine desert terrain of the McDowell Sonoran Preserve to over 27,000 acres.  And with all that grand space comes the promise of extended recreational opportunities.  Three new trailheads and roughly 120 miles (you heard right) of new and improved trails are in the works NOW---and, that's where you come in.  The conservancy is in need of dedicated volunteers to build and maintain trails, patrol the preserve to support conservation efforts and serve as on site educators for the visiting public.  So, whether you prefer to swing a pick axe, work a crowd or wander the desert in solatary bliss, there's a place for you and your talents among the  volunteer ranks.  This is  a rare opportunity to get involved in an historic,  ground-up effort.  As the conservancy has agressive plans to soft open trailheads by late spring-early summer 2013 with grand opening ceremonies planned for October,  the need is URGENT.
UPCOMING 2013 VOLUNTEER ORIENTATIONS:
January 12, February 9, March 9, April 13.